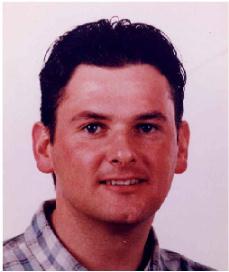 Thomas McReynolds (known as Daron) disappeared from Dungannon Co Tyrone in November 2001. He may be suffering from ill health. He had rented a property in Dungannon for six months and had paid up in full for the six months. He left leaving all his personal belongings behind.