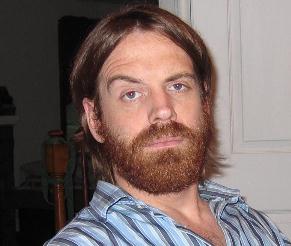 Stephen Davaris is a US citizen. He arrived in Dublin Ireland on 8 July 2005. He has been reported to the US Embassy and the irish police as missing. He was thought to be in the Galway area. His backpack was found on Quilty Beach (Co Clare) on 12th July. He has a distinctive tatoo on his arm.

Any help would be greatly appreciated by his mother and me. His grandfather's name was John Joe McLoughlin and his grandmother's maiden name was Ann Ford, both from Ireland. Thank you. See also website at stevedavaris.com

He has a distinctive tatoo on his arm (see photo below)