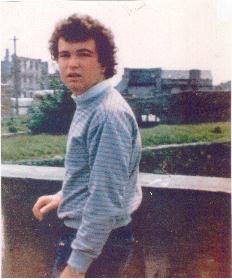 Mark Dowling was last seen in Howth,Co. Dublin on 17/3/1984 when he was 20 years old.He was driving a red Opel Kadette Estate car reg. no.909GZL. On St Patrick's night in 1984, Mark had been out driving and had two friends with him in the car. Around 9 P.M. the car hit a tree near Deer Park Golf Club in Howth. They were all unharmed and the three of them got out to inspect the damage. Then without warning, Mark got into the car and drove off leaving the two friends to walk home.
There have been no confirmed sightings of Mark or the car since. There were fears at the time that he may have suffered some kind of memory loss or that he went off to England. In the years following 1984, there was extensive media coverage but it never brought any new information on Mark's disappearance. Howth Harbour was searched by divers but nothing was found. His disappeance remains a mystery as he was happy and successful and was about to get married.