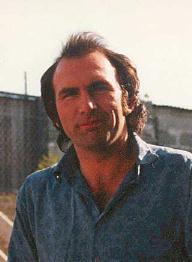 Kieran Burke is from Rathfarnham Dublin and was on a two week holiday in San Francisco in April 2000. He went to Yosemite National Park where he had reserved a room from April 4-6 2000. He was last seen on Wednesday 5 April 2000 in Yosemite Valley at Curry Village. He was wearing a leather bomber jacket and is described as adventurous and as having past hiking experience. Since that time, no clues have surfaced as to his whereabouts. His rental car was left unattended in the Curry Village parking lot for several days. The Park Rangers have appealed to anyone who was in the park at that period and who may have taken photographs to come forward. Kieran is married and has three children in Ireland and all his relatives are very distressed about his disappearance.

If you have any information, please contact park investigators at 209-372-0361, or Park Dispatch at 209-372-0214 or contact the webmaster of this site who will pass on details to his family.
Information above has been placed here at the request of his brother.