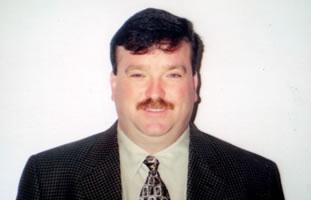 John was last seen at his home at 3am in Jacksonville Florida on 23 Feb 2001. His last cell phone call was made at circa 6.30am - he was involved in the heavy equipment business and also recent co-owner of Murphys Pour House in St. Augustine.
John is 5'9" 220 lbs. Foul play is suspected but so far there is no evidence to suggest what exactly has happened. The Taoiseach, Bertie Aherne, helped to launch a missing poster campaign for John while on a recent visit to the United States.

Police found his green 1999 Ford Expedition on March 23 2001 backed into a space at an office park 1.8 miles north of the Orlando airport, but it had been wiped clean. It was in a parking lot of a company that is not a public area. John came to the US 15 years ago from Ireland and always maintained his Irish Citizenship. He was a successful business man.

See more information at the Coalition For Justice Website