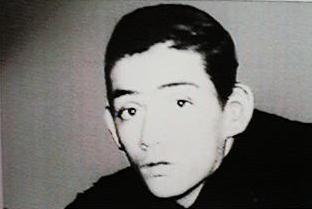 James Thompson (known as Jamie) is from Cheltenham England and came to Ireland with a few friends in August 1993. He is a good artist. They were staying in Leo Street Dublin. They liked Ireland so much that they stayed on. It was during this visit that James disappeared. He left his personal belongings in the flat. His case was reported to the Gardai in Mountjoy and his case is also registered with Interpol. There have been a number of sightings of him in the last number of years including one in Dunmanway Co Cork and other parts of Ireland. Prior to leaving, his family had been in phone contact and asked if he was coming back. Prior to leaving, he had shaved his head. There have also been reported sightings in London and Glastonbury.

His father has come to Ireland on a number of occasions and desperately wants his son to make contact to let them know that he is ok. If you know of him or recognise him please contact the Gardai at Mountjoy at 01-6668600 or the Garda Confidential line on 1800 666 111 or email the webmaster