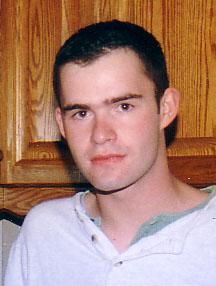 Last seen boarding a ferry in Dublin on the 5 September 1999 to return to London, where he had been living and working for a few months.

Previously lived in Portumna and in Naas.

Edward had been home from London, visiting family for a week. He was last seen getting on a ferry in Dublin. No one has heard from him since.

His family are desperate to hear from him, just to know that he's OK.