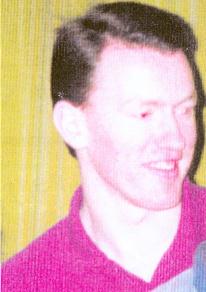 Brendan O'Riordan is from Templeogue, Dublin. He left to go to Sydney Australia on 27 June 1995. Family and friends saw him off at Dublin Airport for the first part of his journey which would have taken him through London and then on to Sydney. He said that he would write when he arrived at his destination. He also told them that he had a job lined up in Sydney. He had already been to Sydney in December 1994. He is described as being six foot four, fair/blonde hair, medium frame. He was interested in Sports, in particular Rugby. He is also a qualified accountant. His family have not heard from him since 27 June 1995.

Since leaving, his father died on 22 Nov 1995 and his family are very concerned and desperately want him to get in touch. It is not known whether or not he went on to Australia or stayed in London and so we are appealing to people in both Australia and England. Prior to leaving, he closed all his bank accounts and credit card accounts. No one knows where he is but there was a suggestion that he could be in an area called Bowral which is south west of Sydney (Australia) between Goulburn and Sydney.

If you have any information as regards his current whereabouts please contact the Gardai in Terenure +353-1-6666400 or email the webmaster.
This appeal was orginally placed here by Brendan's mother who desparately wanted to make contact with him again but sadly she passed away in 2004. Brendan, your family would love to have contact from you.