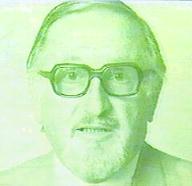 Alpho O'Reilly from Sandymount, has been missing since about 4 January 1996. He was originally from Westport in County Mayo but he lived alone at Strand Road, Sandymount Dublin. He was aged 74 when it was discovered that he was missing. His car, an apple green Mitsubishi Colt, registration no 95 D 6446 is also missing and has not been located to date. The last sighting of him was in January 1996 at 3 AM in the morning when he stopped for petrol in Ashford Co Wicklow. He seemed to be very forgetful at the time. He was seen heading in the direction of Wexford.

To date, all avenues of enquiry have been exhausted in an effort to locate Alpho O'Reilly and his car. His disappearance has been featured on the R.T.E. Crimeline programme on a number of occasions, without any significant new information being received. The possibility that he may have left Ireland cannot be ruled out.

Alpho O'Reilly is described as 5'10" in height, had slight difficulty walking, had an educated/refined accent, was a smoker. He was a most talented actor and artist and had worked with R.T.E. in their art department. His only living relatives are his first cousins who have never given up hope that Alpho may one day be found or that information about what happened to him may be forthcoming.

Anybody with information about Alpho or indeed about his car should contact the Detective Unit at Irishtown Garda Station, telephone Dublin +353-1-6683611 or the Confidential Garda freephone Line - telephone 1-800-666-111 or email the webmaster of this site.