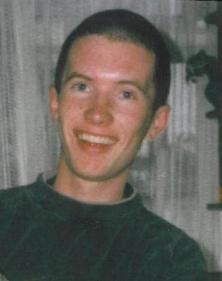 Alan Bradley has been missing since 18 November 1999.

Alan has been missing since 18th November 1999 from his hometown of Maynooth, Co Kildare. His family and friends are still left wondering why he disappeared. We are appealing to anybody who has any information or who have seen Alan to contact the webmaster of this site. Or indeed the Gardai. Even to know Alan is safe would put so many minds at ease.

Alan went missing on November 18th, 1999 from our home in Maynooth, Co Kildare. He is 5ft 10", with brown hair, blue eyes and of medium build. At the time of his disappearance, he kept a beard. He was wearing distinctive heavy, red boots with coloured laces. Alan worked as a plumbing and heating contractor.

He comes from a very large family who just want to know that he is ok. So much time has passed now since he disappeared, there is so many new additions to our family since he left. Our loving parents are quite elderly now and we hope that we have some news or leads on Alan’s whereabouts, before it is too late. Alan turned 40 a few weeks ago on Nov 6th 2015, and this for all of us was a very difficult day, not knowing where our brother is on such a milestone birthday.

If anyone knows anything about Alan, we would be forever grateful if you could let us know, even anonymously, to put our minds at ease. Please get in touch with us if you have any details on Alan’s whereabouts or know anything about his disappearance, or recognise his description.